This week has gone by so fast it feels like it was just Monday! But, speaking of Sunday first, I took zero pictures :( . I was apparently really getting into the Lake life! I did have a Maple RX Bar before church, then afterwards we went to a little hole in the wall breakfast place where I had a veggie omelet and hash browns .Then for a snack a little while later I had a handful of baked chickpeas from The Good Bean. Then for dinner we had kabobs (chicken, beef, and pork) with some veggies (peppers, onion, and mushrooms) and some potatoes. We also had a lettuce salad and some cantaloupe. Then for desert I had a couple peanut butter rice krispe treats, they get me every time!

Monday though I did a lot better with the pictures. I got every meal! For breakfast I had an Rx Bar and a Yoplait lactose free yogurt. Then while on the road we stopped and had lunch at Perkins, and I love breakfast so breakfast for lunch. I had the Monterey omelet, egg whites with veggies and sausage, with a side of hash browns. After quite a drive home through a storm, I made it home and made some gluten free pasta. I put in some garlic, spinach, and some of the leftover steak kabobs from the night before! I then got to watch the season premiere of The Bachelorette. 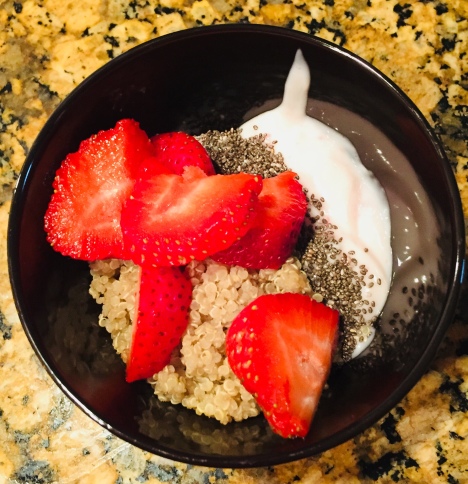 Tuesday it was off to work for the first of two days this week. I started off the day with a quinoa bowl with yogurt, chia seeds, and strawberries. Then for lunch I had quinoa, cauliflower rice, spinach, and chicken that had cajun seasoning on it. Then for dinner I had leftover chicken, a sweet potato, and some green beans. 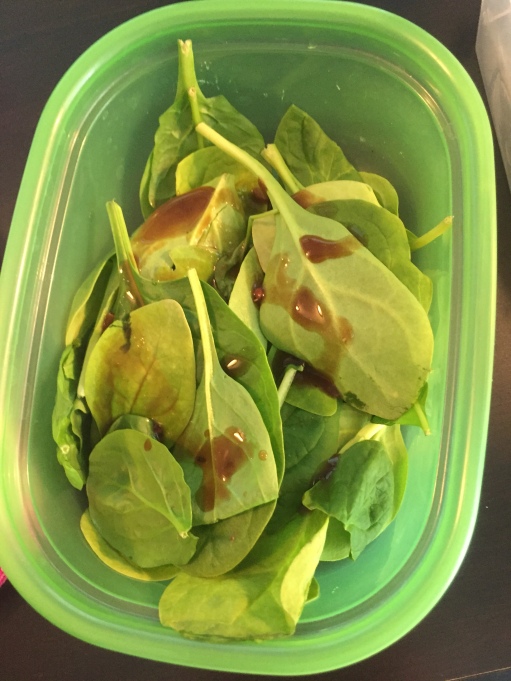 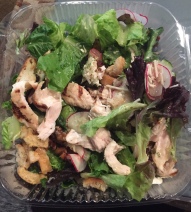 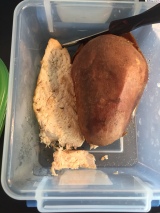 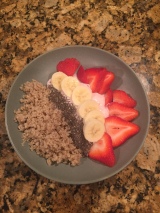 Wednesday I started off with the same breakfast as yesterday only I added half a banana.  I then ate a late lunch, at 2, after getting off work, going to Walmart and getting home to start working on homework. For dinner I had the house salad from my country club with chicken on it, it has a really good oil and garlic dressing that comes with it and has candied spicy pecans. 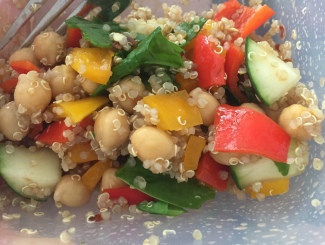 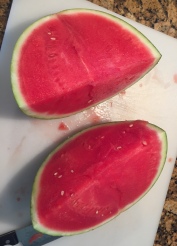 The next day I had my usual yogurt, quinoa, chia seeds for breakfast. Then for lunch I had a spinach salad with chickpeas, sweet peppers, cucumber, and sun dried tomato Italian dressing from Walden Farms. I also had a GTS gingerade kombucha. Then for dinner I had some of that really red watermelon.

Friday, was the first day of our garage sale (post coming soon). For breakfast I had a strawberry protein shake. Then as a mid morning snack I had a mix of carrots, snap peas, and cucumbers with red pepper humus. Then for lunch I got a southwest chicken salad from McDonalds. Then for a late afternoon snack I had some quinoa, yogurt, and fruit! 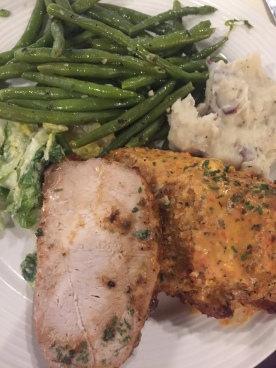 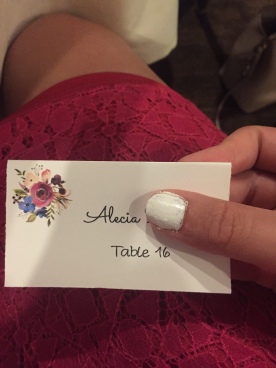 Then Saturday was day 2 of the garage sale. For an early morning breakfast I had some eggs, and quinoa with lactose free milk and cinnamon. Then for lunch I had a spinach salad with quinoa, chickpeas, avocado and taco seasoning. Then for dinner I was at a wedding so I had some chicken, a couple bites of their pork, amazing greens beans, and some mashed potatoes.

This week: From Church: The trinity is hard to understand, but it is for everybody but God. Also God died for our sins, and there are people who sacrifice like that for our country. Happy Memorial Day.

From School: I enjoy reading other people’s comments on my discussion board posts.

Life: Show people a smile and say hi, it often brightens their day. 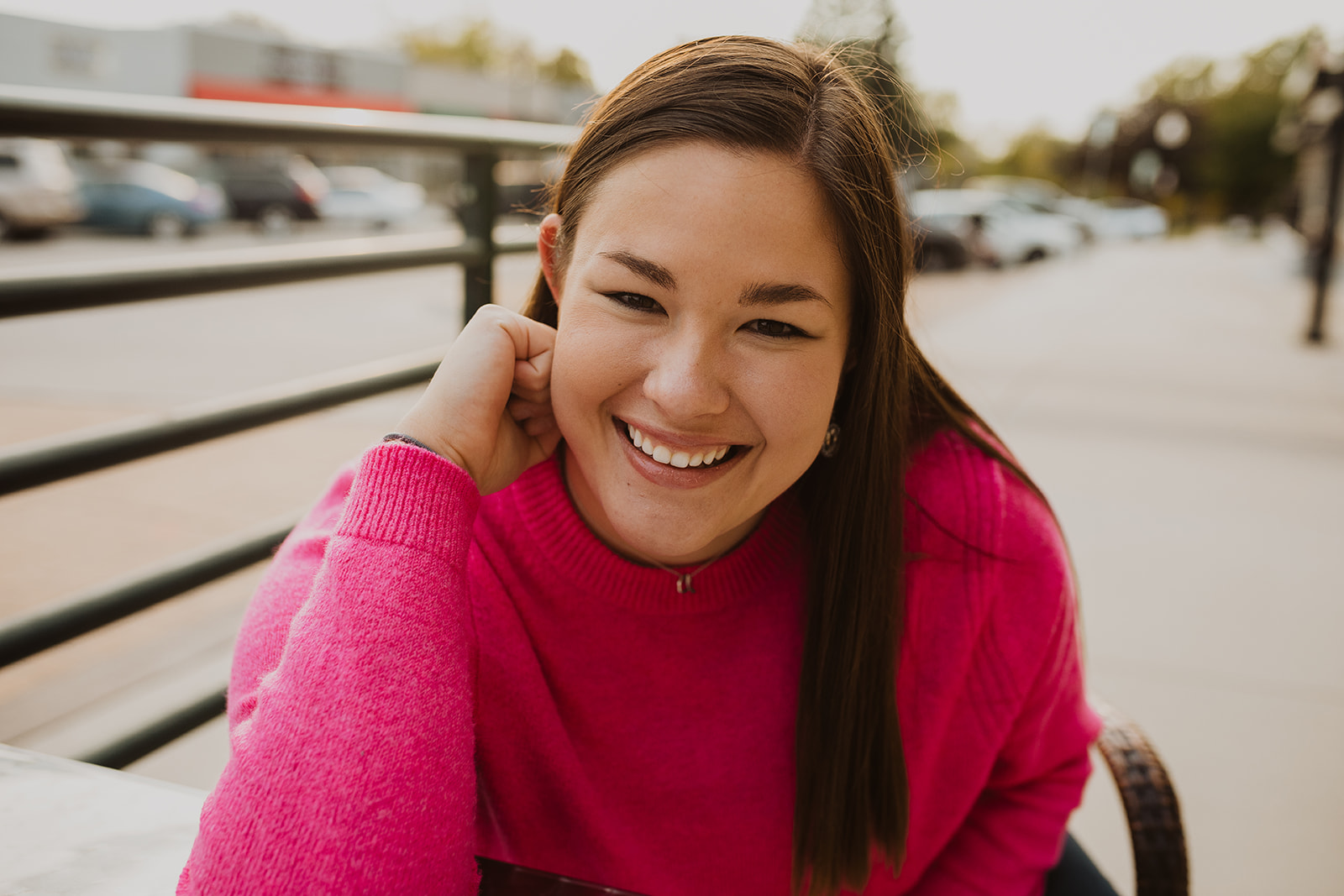 Hi! I am Alecia, and Welcome to Authentically Alecia Ann. I am so glad you are here! Check out the blog, follow us on Instagram, sign up for emails, or message me. I would love to see you around here!

Send me a Message!